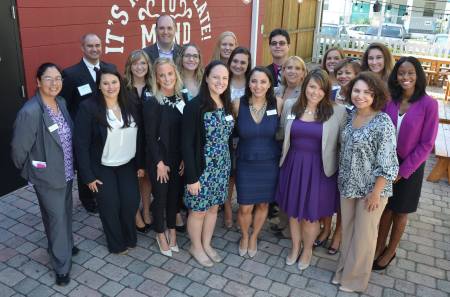 The 2016 – 2017 Board of Directors at the Installation Breakfast. Photo Credit: Chris Gent, APR, CPRC

Laura Kern, APR gave a recap of the previous board year and thanked outgoing members for their service. 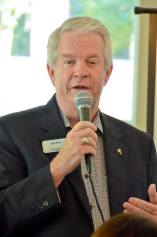 Joe Hice, APR, CPRC, provided the Wellcraft speed boats used on the TV show and as former University of Florida associate vice president for marketing and public relations, he developed the PR campaign to make the university more visible.

Joe Hice, APR, CPRC, chief marketing officer & senior vice president at Enterprise Florida recommended taking daily action on the most important and creative things first. Check your email later. Hice provided leadership advice from his 31 years as a professional with an Accreditation in Public Relations (APR). His suggestions included communicating your mission verbally, in writings, in drawings and in any way possible. “Try to leave a legacy,” he said. He advised members to speak about their mission every day to get buy-in from others.

Member of the Year

Congratulations to Heather Smith, APR with the Seminole County Sheriff’s Office, who was honored as our Member of the Year. This award recognizes one member who has made a significant contribution to the chapter through leadership, enthusiasm, involvement and support.

Congratulations to Lauren George, APR winner of the Bob Davis Award. This award is presented to someone for their “behind the scenes” volunteer efforts. It is named in honor of the late Dr. Bob Davis, former UCF professor and mentor.

Click here for photographs from the 2016 – 2017 Board Installation breakfast. 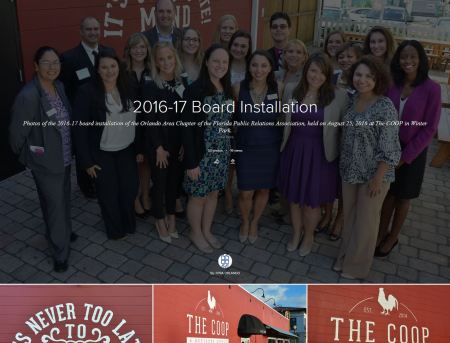 This entry was posted on Monday, September 12th, 2016 at 4:45 pm and is filed under September 2016. You can follow any responses to this entry through the RSS 2.0 feed. You can leave a response, or trackback from your own site.