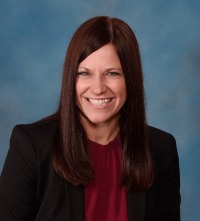 Give a brief explanation of your job.

I help lead the team at Universal Orlando, who works tirelessly every day to help media and influencers understand why they MUST cover our destination. Through creative planning and tactical execution, we show how Universal Orlando immerses our guests in EPIC storytelling allowing them to swing above the streets with Spider-Man, soar above Hogwarts castle with Harry Potter or break into dance with the adorable Minions. I also help oversee our efforts around outrageous annual events, including the nation’s best Halloween event, Halloween Horror Nights.

How long have you been a part of FPRA? Why did you join?  #myFPRA

I have been a member of FPRA for more than 17 years. I was excited to join as a professional member upon graduating from college because I already knew the incredible benefits that being a part of this association would bring to me and my career. The professional development opportunities alone continue to help me grow as a professional, but the leadership opportunities both at the chapter and Executive Committee level have helped me grow as a leader within my company and for my team. If I’ve learned anything from my time in FPRA it’s that you have to put yourself out there and get involved in order to truly reap the benefits FPRA has to offer – and you’ll make lifelong friendships in the process.

What was your favorite FPRA event?

My favorite FPRA event, by far, is our annual conference each August. The forum that is created for networking, career development and creative thinking is unlike any other convention I have attended. This year’s incredible line up of speakers proves how invaluable those four days can be. That coupled with the professional comradery and family environment is what brings me back year after year. If you have not attended an annual conference, you truly have not seen how amazing our Association is.

Tell us about an exciting achievement.

I’m most proud of my personal achievement of being the mother of two incredible boys, (Cooper (6) and Holden (4). They are truly my little monsters. However, from a professional standpoint, the work I was able to do with our amazing team as we launched The Wizarding World of Harry Potter – Hogsmeade back in 2010 remains my all-time career high! The shared passion for the brand and the new levels of immersive story telling we accomplished not only in this new theme park experience, but also in our communications efforts surrounding the launch of the area was, hands down, the most challenging yet rewarding work I have ever been a part of in my career.

What was your first job?

My first job was working for my parent’s in their small PR agency in Winter Haven, FL. Their agency held the FPRA State Office account and my dad served as the Executive Director for the Association. This was my first look inside our incredible group and allowed me to meet so many members, assist with their needs and be a part of the Golden Image Award Entry processing that the State Office handles each year. This was back in the day of three-ring binder entries with paper copies and samples of work. As I would process the entries, I would see the amazing work people in our profession across the state were doing each year. This stayed with me as I went into college at Florida State University and I was finally convinced by one of my mentors, Jay Rayburn, APR, CPRC, to go with what was in my blood and become a PR professional myself.

Tell us something people may not know about you.

I think many would be surprised to know that I started as an active member of the Dick Pope Polk County Chapter where I served as chapter President back in 2003. Outside of FPRA, I love scuba diving, although I don’t do it nearly as often as I would like, and I have a bit of a shoe obsession! 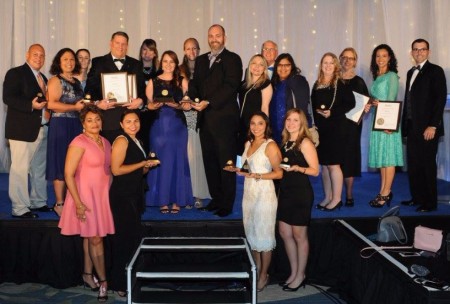 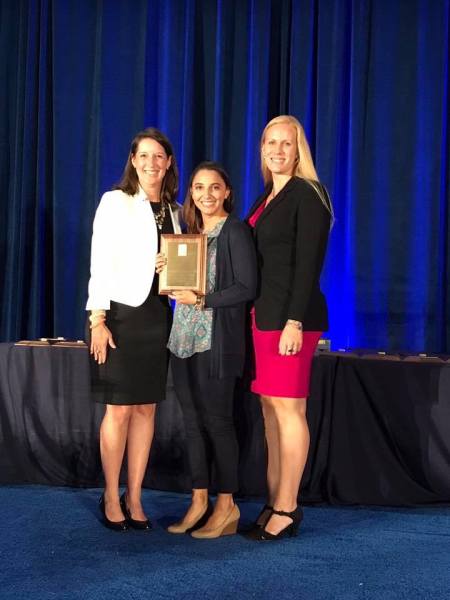 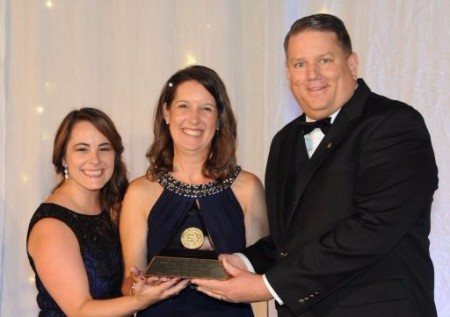 Judges’ Award
The Grads Are Back
Orange County Public Schools 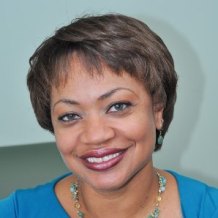 Fireside Chat – The Value of Communicators During the Pulse Nightclub Tragedy 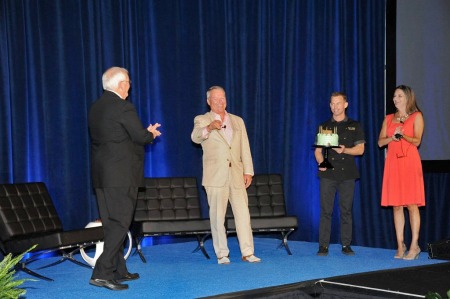 Tragedy! It’s a defining moment that forever changes the way we communicate. With the Pulse nightclub shooting Orlando joined the list of cities like Paris and Sandy Hook. Mayor Dyer took this tragedy very personally. Roger Pynn, APR, CPRC’s introduction of the Mayor and his Deputy Chief of Staff Heather Fagan was interrupted by an explosive mic squeal leaving us feeling shaken…briefly. It appears that even a year after Pulse we are still all on edge. And so the Fireside Chat began. 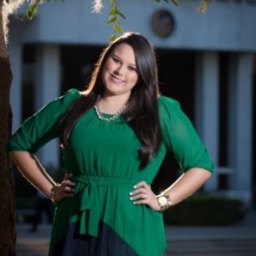 Building the Pitch on Research & Technology

IS THE NEWS RELEASE DEAD?

No, according to AAA’s Senior Public Relations Program Coordinator Mark Jenkins who reports that the company still has success with traditional releases.

Strategic distribution that is timely and localized and includes multi-media attachments to help bring the press release to life (sound bites, infographics, photos) account for AAA’s increase in story coverage. 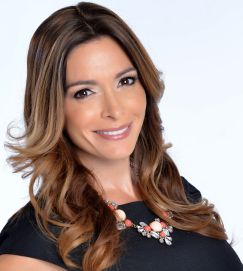 Selling Your Story in 60 Seconds

HAVE YOU EVER BEEN IN A ONE-SIDED RELATIONSHIP?

Just like a speed dating, or dating in general, it doesn’t work, so why should it work with the media? Developing strong and mutually beneficial relationships with reporters is crucial to being successful in media relations and it can make your job easier.

According to Michelle Leff Mermelstein, PR Manager for Sprint Nextel, putting yourself in the shoes of the reporter is key. Imagine if day in, day out, you picked up the phone or checked your email only to get a constant barrage of messages relating to subjects that had nothing to do with you. It could be overwhelming and the probability of your pitch ending in the trash folder is high. 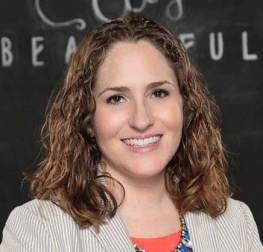 Selling The Intersection of Branding and Digital Communications

Ensuring your brand is relevant in digital communications happens when you shift your consumers’ mindset, own your funnel, and enter the future of customer experience.

David Capece began his talk by asking the audience to identify their target audience in three words. What are your three words?

Our brands have multiple audiences, which makes this so hard and the complexity of audiences continues to grow in the more diverse our organizations become.

Digital communications allows brands to target their audiences to such a sophisticated degree that the spend in digital will overtake television spending within the next few years. 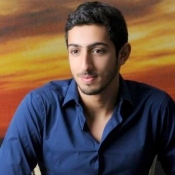 Traveling from your hometown to go start university has had an effect on us all. The idea of leaving our friends and family comes with both fear and excitement because of the challenges we face in our new lifestyle. When I traveled across seas from Lebanon to Florida my first semester, I faced a huge culture shock and wondered if this would make me stronger or beat me down.

If I had to choose one thing I love about America it would be the diversity – being able to meet someone with such differences in perspective, but still being able to find things in common. The way I see it is, we could stay in our comfort zones, or learn something new.

I moved to the University of Tampa my freshman year at the age of 17 with no idea of what I wanted to do. I was part of the swim team that was training 11 times a week and trying to balance that with school work and social life. Over the next few months of what I considered hell, I learned how to study and improved my English skills thanks to my roommates and people I met along the way. Still, my major was undecided, and although I enjoyed talking to different people, I couldn’t think of something that would pay me to do it.

Before my sophomore year, I was traveling to New York when I met an interesting man on the airplane. The man was my father’s age, and we passed the time talking about our hometowns and his work. When I told him my major was undecided, he told me that he thought I was in public relations because of my conversational attitude. It must have been then that I knew I wanted PR as my major since it hadn’t crossed my mind ever before. Finally, I had found something that pays you for talking! My sophomore year, I transferred to Valencia to pursue my AA degree with the idea of entering PR at UCF. I even applied to the major beforehand, but later figured out that I wasn’t allowed to apply before being a student.

Taking the first advertising and public relations classes has had me hooked since day one. As a junior I wanted to get in the major as fast as possible, so I joined the Quotes PR club. During the first meet and greet, I began meeting people and felt welcomed as a member of the group. I immediately joined and began participating in the events. The Ad/PR entrance exam eventually came along and I could not have been happier to make it. Soon after, the executive board graduated and I was lucky enough to become
more invested in the Quotes PR club by becoming vice president. The events we host are as fun for us as they are for the members and the connections are right ahead of us. Opportunities are simply the possibility of a greater future or the tools to create one, and by joining Quotes I believe I gained the opportunity of a lifetime. 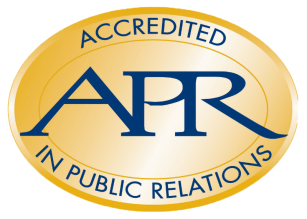 Earn your APR: Information Session on Accreditation is September 11

Interested in earning the Accreditation in Public Relations (APR)?  Now is your opportunity to learn more about the process and decide if you want to take your professional development to the next level.

On Monday, Sept. 11, the Orlando area chapters of PRSA and FPRA will kick off a free, nine-session workshop series to help you navigate the accreditation process, organize your portfolio for your panel presentation, and prepare for the APR examination. Workshop topics are based on the APR Study Guide and cover broad, foundational knowledge, strategic perspective, and sound professional judgment.

The full workshop series will continue Monday evenings from 6-7 p.m. from Sept. 18 through November 2017.

Earning the APR credential is a mark of distinction and demonstrates your commitment to the public relations profession and ethical practice. Practitioners who have earned their APR say the process helped them develop both their skills and professionalism, receive bonuses or salary increases and even has been the deciding factor between two similar job candidates. Military public affairs practitioners planning to earn their APR+M may also benefit from attending the workshop.

Don’t miss this chance to learn and network with local, practicing colleagues.