Note: A reminder that if you haven’t signed your organization up for Intern Pursuit, now’s the time! Register here. 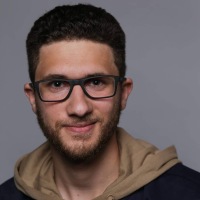 When I moved to Orlando, I believed in one thing: there was only one path for me to take. During my time at UCF, I have found the opposite is true. While there are hundreds of paths, the only challenge is being able to find the right door. I am a radio and television major, meaning that I work closely on broadcasting, news, shows, and whatever is on air. But I wanted to venture further into advertising and public relations, because I knew there was a market for me in that field. I took the knowledge that I learned and found I can easily apply all of this toward a career in Advertising and Public Relations. I spoke with my Ad/PR major friends, and they were able to guide me toward potential internships and related professionals, to position myself in this unique industry. After these past few years, I’ve learned more than I thought was possible. I’ve been able to apply this knowledge to other works, and I’ve seen myself grow in ways I did not anticipate.

With all that said, my advice to fellow students is to relax. You don’t have to struggle with self-doubt. You shouldn’t take other people’s paths and fool yourself into believing that’s the only way to go. It is going to be hard when you get out there, but you need to know that if your path doesn’t work, there will always be another one. You may have to cut professional (and personal) ties and defend your ideas but know it’s only the start of something larger. You will have to go down many roads to find the one that you have been waiting for. Take charge of your future, and find the path you are looking for.

Give a brief explanation of your job.
I am part of the Firehouse Subs Headquarters Public Relations team. My role focuses on identifying, creating and securing media opportunities for franchisees in the Southeast, Northeast and Central regions of the U.S., as well as our Canadian franchisees, to build brand awareness and help drive sales locally and regionally.

How long have you been a member of FPRA and why did you join?
I joined FPRA shortly after starting my position with Firehouse Subs last summer in hopes of networking, learning and continuing to grow in my public relations career. I’m new to the PR industry and it has been so helpful to meet others in the field and learn about the various facets of the industry.

What has been your favorite FPRA event so far?
I recently attended the February breakfast event, which featured a discussion on behavioral economics with Dr. Elizabeth Schwab, and had a great time. It was a fascinating discussion and opened my eyes to a field I didn’t even know existed. Who knew the Fyre Festival documentaries could spark such an educational discussion?

Tell us about an exciting achievement (personal or professional).
In 2017, I was nominated for an Emmy for a documentary I hosted, shot, edited and produced about the Blue Ridge BBQ Festival in North Carolina. I was also part of the morning show team that won an Emmy for Best Morning Newscast a year later.

What was your first job?
I was the New Mexico Mobile Newsroom Reporter for KVIA-TV in El Paso, Texas.

Fun fact:
It’s really weird, but I can’t attend a baseball game without getting hit by the ball. I guess it’s good luck?