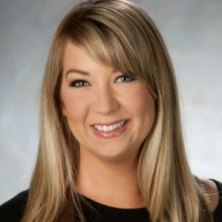 Give a brief explanation of your job.
I work on an account team with two other PR pros. Together, we manage an account load of varying sizes and needs – from traditional PR, to social media, to branding, in industries including real estate, food and beverage and retail. Specifically, I’m responsible for PR efforts for a local tech firm and a home builder.

How long have you been a part of FPRA? Why did you join?
I joined FPRA about four years ago for the awesome professional development and networking opportunities.

What’s your favorite FPRA event?
The Media Mashup event is my favorite – it’s such a valuable opportunity to sharpen media relations skills and build relationships. This past year, I got a unique perspective and appreciation for the process, when I served as event co-chair.

Tell us an exciting achievement.
This past year has been an eventful one – I got married and moved into a senior AE role. 2016 will have a lot to live up to!

What was your very first job?
For a brief time in high school, I had two part-time jobs: cashier at Panera Bread and clothes folding extraordinaire at Abercrombie & Fitch. Believe it or not, I much preferred the faster pace of food and beverage!

Share a fun fact that people may not know about you.
I’ve had a basic understanding of the Spanish language my whole life, but my recent honeymoon to Costa Rica inspired me to sign up for a class online. I want to be fluent someday!

This month we’re celebrating several people who have reached membership milestones. Thank you for spending so many years with us!

We heard from a number of great speakers at this year’s Professional Development Workshop. Held at Leu Gardens, the theme of the event was “Meet the Headliners.” Below is an overview of each of the sessions.

David Northway, Public Information Officer, with the Tallahassee Police Department spoke about the Strozier Library Shooting at Florida State University. In November 2014, a shooter opened fire at the main campus library and injured at least three people. Law enforcement officers responded quickly and surrounded the shooter. They ordered him to drop his gun. The shooter refused and he was shot and killed.

Northway explained that during crisis situations people usually go into circular reasoning asking themselves questions repeatedly. For instance, what am I going to do? The key is to ask yourself these types of questions before a crisis happens. As a police officer, Northway plays the “what if” game. “What if a bad guy comes in during this conference?” he asked. “What would I do? How would I escape?”

Northway provided crisis communications takeaways from his experience. For example, after the library shooting, his voicemail filled up fast; therefore, he set up a Google phone number to handle the large number of phone calls. The Tallahassee Police Department recorded their press conference and posted it on YouTube. When reporters called for a follow-up story, he directed them to the full press conference online. Reporters could also use the video footage for their story. Northway stated that he received training from the Florida Law Enforcement Public Information Officers Association.

“The media is like a big hungry dog,” he said. “You have to feed it or it will go somewhere else.” For example, they may interview a student that could provide wrong information. Northway explained that the police department named the shooting the Strozier Library Shooting early on and avoided negative headlines associated with the name of the city and the university.

What Can Another Penny Do For You? – Tre’ Evers and Christina Morton, APR

Christina Morton, APR and Tre’ Evers with Consensus Communications spoke about their 2015 Golden Image Award winning Seminole County Penny Sales Tax Public Information Campaign. The campaign for local government raised some questions. Since they were working for local government, they could not express support for or against the sales tax. “Lawyers had to approve everything,” said Evers. They could only inform residents about the sales tax. For example, they could explain how the money was spent in the past to build schools, a pedestrian bridge over I-4, and for trails in Seminole County. The campaign won the Florida Public Relations Association Golden Image Award in the category of public service. 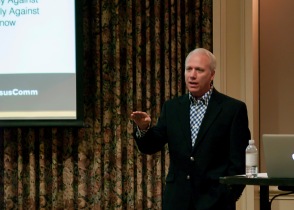 Research provided evidence to support that voters typically loved local government and believed that state and federal government were more dysfunctional. “We knew that going in,” said Evers. Voters favored paying more taxes for schools and less for roads. Morton and Evers explained that direct mail was more effective than email in this campaign because it reached more residents. “Email is like a melting ice cube,” said Evers. Emails go away. Many people change or close their email accounts every few years.

Karl Strauch, Vice President of Branding Development with Port Tampa Bay, spoke about rebranding the full service port. The Port of Tampa was known as Florida’s largest cargo port but not for cruise ships. However, the port has a thriving cruise line business. “PR singlehandedly saved us,” said Strauch. To better tell their story, they invited officials that had never been to the port. Many did not know about the port’s economic impact. For example, they noticed that the governor had not been to the port. They invited him. They also engaged the local mairtime community, community based organizations, chambers of commerce and economic development organizations.

Port Tampa Bay provides many businesses with better shipping routes. Strauch explained that Port Tampa Bay can save companies 4 to 5 travel days in delivering products to their customers. Four days can make a big difference when distributing fresh fruits. They adopted the regional name Port Tampa Bay because it represents a larger geographical area than just the city of Tampa. Their messages included “It’s faster, it’s cheaper, and it’s safer. We’ll spoil you everyway but rotten. Reroute your thinking.” 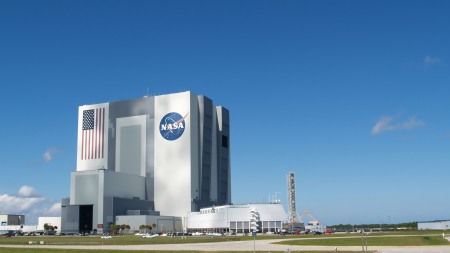 On October 30, Lindsay Hudock, Vice President of Student Outreach and Lisa Malone, APR, CPRC, NASA Liaison to the University of Central Florida Nicholson School of Communication led a group of members Quotes, the PR Club at UCF, to a behind the scenes tour of the Kennedy Space Center. 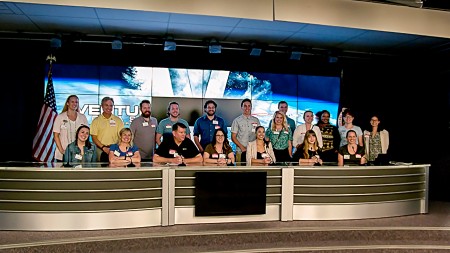